When “My Way” Needs to Hit the Highway 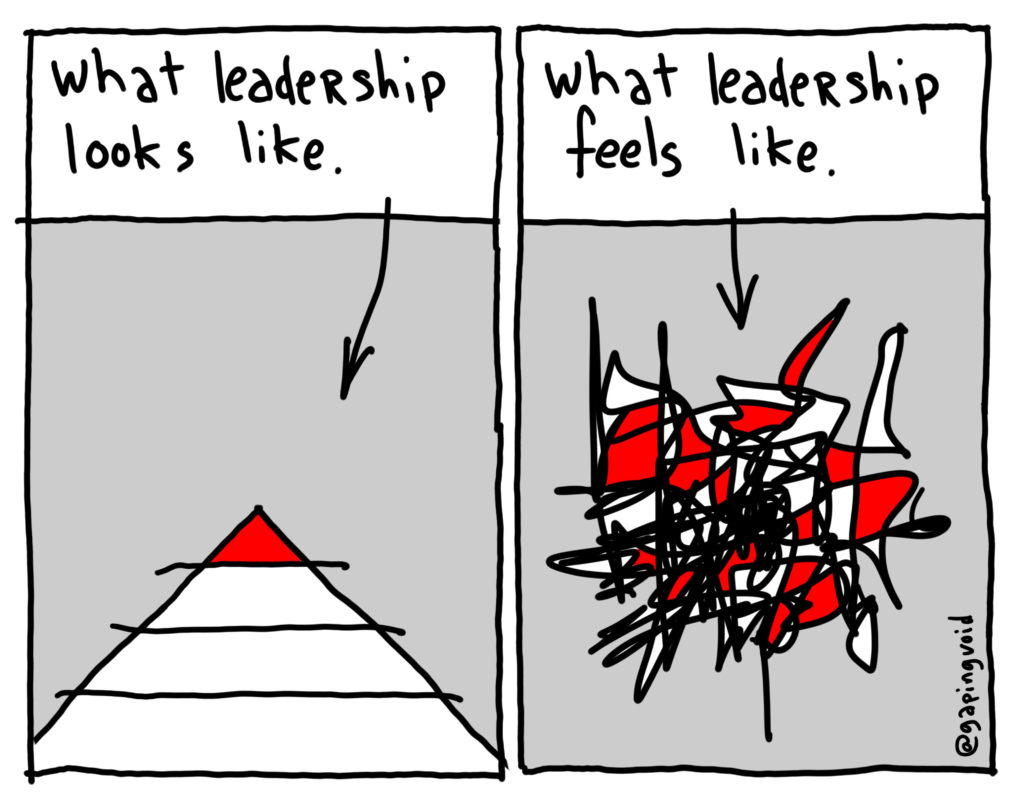 One of the most consistent aspects of leadership is inconsistency. No two weeks are alike. Days start with one plan and end with another. Employees leave, competitors innovate, customer needs shift.

Most leaders are drawn to the excitement of unpredictability. They claim they’d be bored in roles that are too routine. Equally, I hear about the frustration and exhaustion that stem from a changing reality, for them and their teams.

One difference I’ve noticed between leaders who relish these conditions and those who don’t is whether they expect everything to adjust to them or whether they’re willing to do the adjusting. Broadly speaking, it’s the difference between “my way or the highway” and a “sense and respond” approach.

“As long as everything is exactly the way I want it, I am totally flexible.”

Many people think that attaining a leadership position means the world will revolve around them. That thinking is short-lived once they actually get into a leadership role. The more responsibility you hold, the more you are asked to flex your approach and style based on what the people and conditions around you need.

Learning how to make this shift is a central part of the transition from being a manager to being a leader.

As a manager, it’s not uncommon (and often necessary) to ask employees to do specific things in a specific way. Often, it’s the way the organization wants things done; managers are usually responsible for implementing policies and delivering on goals that are handed down. As a result, managers can become accustomed to employees doing things “their” way. I often find myself in coaching conversations with new leaders who are working on how to stop telling people precisely how to do things as they learn to develop people and shift their attention to bigger picture issues.

Joining a new company is another point in time when this mindset shift becomes critical. Coming out of the gate with a “because I said so” approach is no way to build effective and empowered teams.

An alternative to “my way or the highway” is the “sense and respond” approach. Leading this way doesn’t mean leaders don’t have a plan. It does mean they’re open to how that plan gets accomplished, or that they can flex that plan as needed. Moreover, it means they’re willing to respond to what situations and people need from them instead of only expecting the opposite.

I recently witnessed firsthand a powerful “sense and respond” interaction between a leader and her team. In the midst of a meeting with a planned agenda, the leader stopped the meeting to call out the tension she felt in the room. She asked the team to join her in “naming the elephant.” We tossed the agenda aside in order to address what was going on, which was what the team needed most in the moment. Truly powerful.

This kind of adaptive leadership isn’t easy. It requires effort, courage and humility. It also requires a great deal of presence: sense and respond isn’t possible when we’re on auto-pilot. Yet it can be a game-changer in thriving through unpredictability, for leaders and their teams.

In what areas of your work are you frustrated because things aren’t going the way you want? What expectations do you have that others should adhere to your way of doing things? Where might you be the one who needs to shift?

(There are some great resources on this topic – feel free to message me.)

Stay up to date with tips and reflections on leadership.